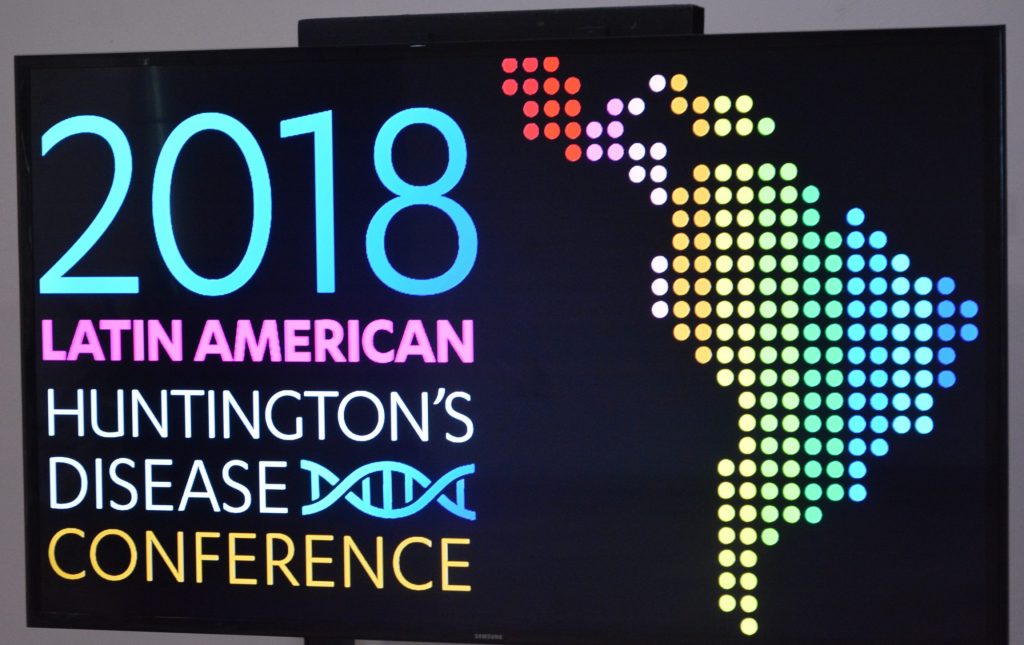 Factor-H organized a series of events beginning on July 4 in Barranquilla, Colombia, with the first gathering of at-risk HD youth from 5 Latin American countries, co-organized with HDYO. The meeting was a first step in identifying and training a group of young people from South America, to extend outreach efforts by HDYO to prepare young people to lead their communities. 25 people from Peru, Colombia, Venezuela, Brazil, and Chile got together with HDYO founder Matthew Ellison and CEO Cat Martin. Below are some pictures of the program, which was a real success. HDYO has made a commitment to Latin American youth and some of the young guests will manage programs in their countries to foster education and community engagement. Factor-H and HDYO are partnering in these efforts to extend educational and training programs to at-risk youth throughout Latin America.

The meeting was very successful and seeing all these young people together as a community and friends was truly inspirational for all of us. They came from very different backgrounds, all sharing difficult experiences in their families and communities. Some of the youth are young clinicians helping the most impoverished communities in Venezuela and Brazil, some are members of those impoverished communities. One of our Peruvian friends was a JHD young adult living with the disease in Cañete, one of the largest communities in Latin America; another Chilean friend had ended up abandoned by his father and was taking care of his HD mother alone without any resources; yet another told us the story of having to rescue his two HD afflicted uncles from the streets of Medellin, and how he was able to help find homes for them.. their stories are touching and inspiring. Together we shared a whole week of science, medicine and our roles in helping mitigate the social impact of this terrible disease. We discussed ways to help them cope with their individual situations and how, with their help, for other youth in their countries. After the HDYO meeting, scientists, clinicians, social workers and the representatives from 7 Latin American patient associations and European foundations came together on July 6 for the first ever conference organized by Factor-H. The conference was also the first of its kind in Latin America. The full agenda can be found at the LAHD2018 website. During the morning sessions, speakers discussed recent advances in HD research and clinical advances, including presentations by leading clinicians working in the ongoing clinical trials. Roche’s clinical director for Latin America, Dr. Daniel Ciriano, spoke about the plans for the Phase III Ionis/Roche program, the first time this topic was presented in South America. About 350 people attended the conference, many from local universities and families.

In the afternoon, we held talks by social workers explaining their efforts in addressing key issues faced by patients and families. We had every association in Latin America describe their work and the major needs of their communities. in particular, we had associations representatives from Puerto Rico, Spain, Italy, Colombia, Argentina, Venezuela, Brazil, Peru, and Chile. We could identify commonalities in their struggles and areas for future joint work. Lack of access of predictive genetic testing and education are key areas for us to concentrate on, as well as to provide medical assistance to the most impoverished communities. Together we made a pledge to hold this conference every two years, and to form international committees to address the major issues raised during these unforgettable days.

As it is with every social gathering, small groups started to form, which will form the basis of an organic movement within the Latin American communities. The HDYO guests became friends, and they started to interact with the current community leaders in their countries. The associations realized the many common issues that afflict them, and how they need to work together to have a greater impact. Our foreign scientists realized the importance of being close to the patients and to add a dimension of social welfare to their work. Science can change the world, and this can happen in many different ways, and not only through pipetting and experiments!

The meeting could not  have happened without the help of the organization Escenarium, from Colombia, whose team did an amazing job with the organization of the events. Every evening we would have organized events taht gathered all of the invited speakers, their guests, the children at risk for HD, young HDYO guests, and local people who helped us organize the event. The first evening we took a beautiful sunset ride in the Magdalena river in a boat called ‘La Mita’. We had a meal seeing the sunset and listening to local jazz singers and musicians. The second day we had a performance event typical of the Carnival for which Barranquilla is so well known. Even the most timid of our friends was pulled onto the dance floor at the hotel!

Finally, the closing dinner was an extraordinary event – about 120 of us enjoyed a wonderful dinner themed on Gabriel Garcia Marquez’ “100 years of solitude” in the midst of a historic building, watching an amazing set of musical acts that reflected the historic African roots of this Caribbean region. below you can see some pictures of the events as well as a small video sent to us by a local TV station. During our time there, both Roger and I were interviewed for TV and many newspapers – you can get access to those articles in the Press section of the website.

In spite of the fact that the regions flanking Lake Maracaibo in Venezuela, the Caribbean Coast of Colombia and the

The legal assistance program has been operating informally in Colombia and Venezuela for a few years. Recently, Factor-H decided to