Factor-H and Fundación Habitat LUZ from Maracaibo start working together 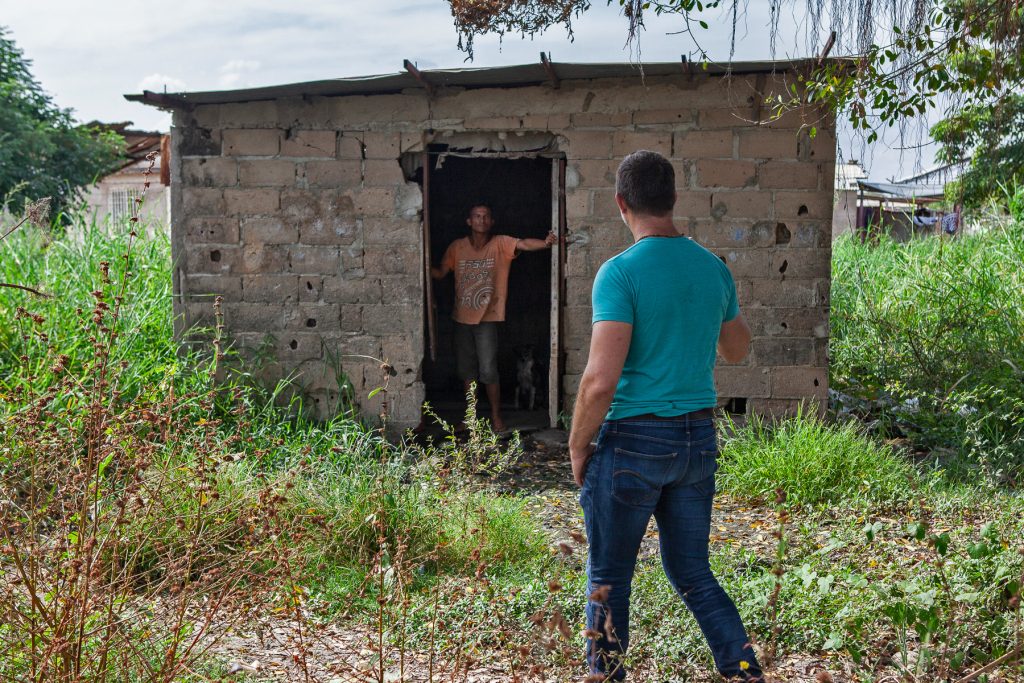 MEETING BETWEEN THE MARACAIBO PATIENT ASSOCIATIONS, FACTOR-H AND FUNDACION HABITAT LUZ … THE BEGINNING OF OUR EFFORTS TO BRING CHANGE TO THE COMMUNITIES MOST AFFECTED BY HD IN THE WORLD

On Monday December 11th, we held an all-day meeting in the offices of Fundacion Habitat Luz, a Maracaibo, University-based NGO that focuses on community development programs. This Foundation has been conducting work in Maracaibo for 20 years. Factor-H organized the first meeting between professionals of Fundacion Habitat Luz and the two HD associations working in Maracaibo – Fundacion Huntington Zulia (centered in Barranquitas, the largest cluster of HD in the world), and Fundacion Amigos Huntington, recently formed in San Luis (San Francisco municipality). Several professors, architects, engineers and economists from Fundacion Habitat Luz attended the meeting and presented their ideas for how to improve these two communities. The acting director of Fundacion Habitat Luz is a very talented and committed architect who is very committed to working with us to help these families. Her name is Marina Gonzalez de Kauffman, and we have quickly become friends. Her vision, and that of her team, will be instrumental in implementing our goals for helping those communities.

Marina and the Foundation had actually done a lot of work in the early 2000s in a project funded by Shell (a company that used to have a big investment in the oil fields found in Maracaibo Lake). In this project, they mapped out the entire town and defined areas for intervention. Most of the HD families are extremely poor, live in corrugated steel ‘homes’ without running water, and in occupied land, which is subject to floods and black water issues, as the entire town does not have proper sewage systems in place. The work that they did then will now be updated and we will work to define priorities for the community. This includes building a community center (with showers and bathrooms and children’s play areas) as well as spaces to hold meetings. The next step is for the Fundacion to hold a first visit to Barranquitas, together with Fundacion Zulia, and to hold meetings with the affected  families to start canvassing their views.

In San Luis, the first visit to speak with the community is planning for January 11. Recently, a new association got started there, funded by young people from affected families. This is a big development for this town and I can say that the meeting with Pope Francis and our visit there was a catalyst to get these young people motivated to ACT. The association is run by 6 people from the community, all from affected families, and they are extremely motivated to help. Factor-H has decided to help them financially and they will act as the main link to the families in this cluster. Edinson Soto and Argenis Gotera are two of the Foundation’s leaders – and we have formed a very close relationship already.

The reality is that the situation in Venezuela in general, and in particular for these communities, is very dire. It is hard to describe in words, so i have added a few pictures below so you can see how some of the patients live. Many don’t have any food or medicines, no beds to sleep on, and no electricity. Many patients roam the streets looking for food, and they can get into a lot of trouble. One of the patients we brought to Rome to be blessed by Pope Francis, for instance, was severely beaten up because she has been showing aggressive symptoms. Life is tough in these communities, and we hope we can bring some relief, and a long-term strategy, by teaming up with professionals who have shown an interest in working with us.

Where is all the money for these community-development project coming from?

Well, since the Pope audience in Rome, we have been very fortunate and Factor-H received some very significant donations thanks to the efforts of our friend and colleague Dr. Elena Cattaneo. The funds will be directed mostly to help these two very special communities who played such a large role in the cloning of the Huntingtin gene in the 80’s an 90’s. All in all, 2018 is going to be a very significant year for Factor-H, and hopefully, for all Venezuelan patients.

Today is the day. 2021 has not been an easy year. But for people with HD in Latin America things