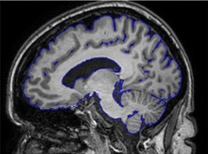 How the brain adapts itself to daily life situations and to internal or external insults has always been a fundamental question for science and medicine. In the case of HD, an essential quest has been to measure how the brain adapts to the presence of defective huntingtin protein in its cells, resisting the impact that the abnormal protein causes, and adapting itself to function and to work in an efficient way to the extent possible. Most of the people who inherit HD live for several decades free of symptoms or any manifestations of the disease. That by itself is great, but also the lack of indicators of disease progression during those stages makes it difficult to know how fast the disease is progressing, to develop treatments and to know when the optimal moment is to intervene.

The detected protein is named neurofilament light chain (NfL) and is a member of a group of proteins that provide structural support to neuronal axons (the “cables”) that bring information from one place to another in the nervous system. As neurons suffer from inflicted damage, this protein is released out of the cells and at some point reaches the fluid that surrounds the brain, and the blood. Because of that, NfL can be taken as an indicator of neuronal breakdown, even during early stages of a disease such as Huntington’s. Although this protein is not specific of HD (i.e., as mentioned before, other brain diseases also exhibit high levels of NfL), its use as a marker of disease progression is very much promising. To measure levels of NfL, the participants underwent lumbar puncture to obtain a sample of cerebrospinal fluid (CSF), the one that surrounds the brain. Lumbar puncture is a relatively common medical procedure utilized, for example, to administer regional anesthesia to the lower body (sometimes utilized for a newborn delivery or C-section), or to check for brain infections, or to measure levels of proteins, as in this case.

Additional to taking neuropsychological tests and measuring levels of NfL, the participants also underwent brain imaging procedures. The combination of these different types of studies allowed the investigators to recognize that while no differences exist in brain function between the controls and HD mutation carriers, and there are only few differences in the volume of brain structure, there were differences in the levels of NfL detected in cerebrospinal fluid (CSF), as well as in plasma. Thus, NfL can report on neuronal damage even before such damage is advanced enough to start causing symptoms.

This is a very exciting time for HD therapeutic development. As several molecules are now under investigation to treat HD, a critical issue is to know which ones need or can be administered early on, and which ones are effective if administered when symptoms are already present. Being able to track brain function and correlate with quantifiable markers such as NfL reduces that uncertainty. As always, none of these advancements would be possible without the commitment of the HD families, the study participants, the investigators and all the personnel involved in HD research. 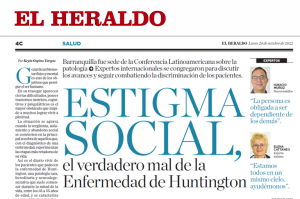 News Papers like El Heraldo, with a daily circulation of 200.000 copies and around 1 million daily visits to its 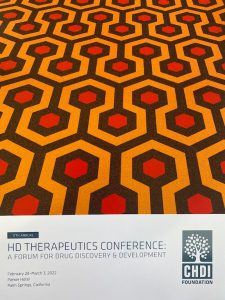