The story of Greis 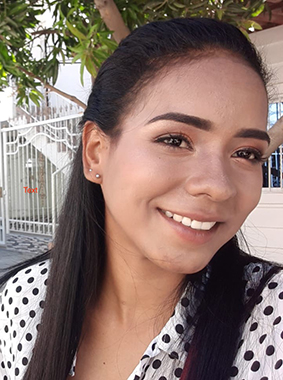 Greis prayed at night as the porcelain collection that adorned her wooden ledge looked at her family’s footsteps, the parsimony of time helped create the bad habit of fighting over everything and ended up driving her parents away.

At that time, she listened amid darkness to their wrath because they could not stand life together. Sometimes the smell of liquor closed every possibility of settlement, every good omen died with sanity and with the bonds of love and blood.

The next day, her horizon would change. As soon as the sun set, she played with her mother, siblings, aunts and cousins in the entire expanse of their neighborhood. Their laughter was prodigious, the children interacted with teenagers and adults following the patterns of respect and cordiality. Then Sundays would rejoice their lives, when they would take a stroll to the river and be drawn to the magical dance of its waters, swim and invent narratives sitting on the stones.

She and her brothers climbed the branches of the guava trees, the strong breeze carried them through the ports of their imagination, traveled through the oceans of their memories and, at other times, through unknown planets, inhabited by many warriors of conceived films with whom they fought tirelessly until the end of the afternoon.

They slept to dream of a world of opportunity, so the music of the vallenato minstrels would penetrate with impetus their mother’s dreams to invite her to dance and awaken in other illusions, where the gaze of someone else looked for her and carried her places where she took root and went by forgetting her family.

The three brothers grew up as the lights, to whom they made wishes night after night, stood in heaven.

Greis loved her father who made a living at the Palmeras de la Costa extracting plant oil. He was a man of noble feelings who gave his children the same love he had received, the kind that remains in the heart but does not manifest it with kisses and hugs.

One day, she felt anguish take hold of her, went to school, and when she returned home, she heard the dogs sing an onomatopoeic tune that marked their existence forever. She saw from the wide alley leading to her home as her father left the house so as not to return. It was hard to understand that goodbye, she felt some guilt in her innocence and promised God that she would be a better person.

Everything changed at a moment’s notice, and another man took her father’s place, but life went on. Still, it was possible to have dreams and hopes, she wanted to study medicine to help the sick and save lives. She cleaned her room when she returned from school to the rhythm of mapalé, cumbia and torbellino, freed herself from grief and suffering departed from her. She fixed her hair to visit, with her brothers, their maternal grandfather.

It was a daily habit, so her mother would stay in the yard to talk to her two sisters, and the grandchildren took turns roaming by bicycle for hours. They were seen in the community, trading places in that archaic means of transport, one pedaling, another directing the handlebars, so that the third, who sat on the metal tube, would explore the looks of those who saw them wander joyfully.

The beginning of another family stage arose without the control of a responsible adult. There were irritable environments where the children remained adrift of maternal obligations. For this reason, their father decided to help and took them to the home he had set up with another woman. It was the action that dictated his heart: he had to do it!

At that time, any uncommon behavior gave the villagers something to gossip about, many murmured about her mom’s hallucinations and did not understand the details that ran the veil of an evil that emerged from somewhere to punish the faults of men.

Erroneous beliefs took hold of the collective mind of her community and perhaps caused harm to Greis’ family at the time. Sometimes she did not understand the changes that slowly arose in this simple woman who once radiated the spirits and joy of the lady who represented the Magdalena’s coastline.

There were days when she was seen walking back and forth with some difficulty, holding her newborn daughter in her arms turned into permanent martyrdom, her body shaking unintentionally. The selfless expression foreshadowed the inevitable.

The concern of the children, sisters and other relatives led them to seek help with the doctors in the area, however, it was a task that took time due to the conditions of the health system. What seemed to be a  rare illness led them to different clinics and hospitals in the region until a prestigious doctor diagnosed it as Huntington’s disease.

Comprehension and family unity were important to them, perhaps the only way out they had at their fingertips, but life continued with its daily pace, crusades that their children could not postpone, each was shaping a destiny according to the influence of their ability. God didn’t abandon them. Greis continued to pray and received comforting blessings, in addition to the help of her aunt, who became the angel who cared for her mother with her, so she was able to travel to the city and become an engineer, even though she initially wanted to become a medical professional. Her mother succumbed to the disease.

Four days after she had been buried, tears did not cease. Greis remembered every moment lived by her side, and conceived thoughts that opened sad curtains in time. Her mother had not been happy, and she knew that. Although she wished she had done more for her, she was a girl who began to have obligations at the time of a disease that was acute in the face of her sadness. Although she was accepted by the people in her native Algarrobo, she realized that her mother was mortified with everyone who dared to look at her. But there was also nothing in the world that would make her stay at home, so she escaped to the street before her children noticed, and a new behavior aroused in all the countrymen’s compassion. They offered her traditional remedies prepared by midwives who lived at the entrance of the village that exhausted her. In addition to all that, convincing their mother to return home was a never-ending event.

“Mom, Mom!” her little sisters shouted in a tone shaken by fear, in that room where a cold grief they could not comprehend had taken root. Greis grabbed a doll the girls played with and told them a story describing the history of the disease.

“I just imagined a story that you’re going to listen very carefully to,” it was lovely  to share a moment with them.“Our mother used to be as happy as this doll, lived in this place just like any other lady, she had beautiful hair, the blackest of black and a smile that inspired confidence – I can just see her – opening her arms like an excited little girl when a song of Ivan Villazón came one. She looked after our well-being and fulfilled her duties as a wife. Of course, no one expected her to get sick… You know… It’s the stuff of life. In addition”- Greis continued with her story, while caressing the doll’s hair – “there are many diseases, some are less painful, some are brief, there are lasting ones too, some are in thoughts;” then she looked at the sisters with great affection and gently kissed their foreheads, so that they understood that everything would be fine.

She left the room with a clouded gaze, and found in the living room a group of people waiting for her, there was her beloved aunt surrounded by those who offered a hand to the family without expecting anything in return in this difficult time. Personally, Greis had undergone radical changes and she knew that everyone who was with her had also humanized her being and were willing to lead programs that would help address these unexpected moments. 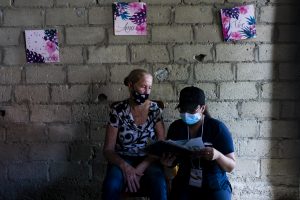 BRIEF BIOGRAPHY Charlie Cordero is a 31-year-old documentary photographer based in Colombia. He has studied Photojournalism at the ERAM audiovisual 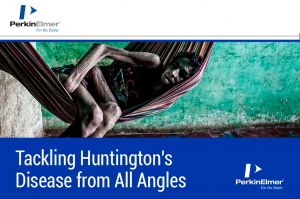 Tackling Huntington’s Disease from All Angles 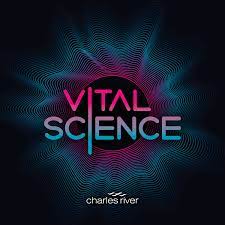 A few weeks ago, the scientific organization Charles River Laboratories (CRL) did a series on ‘inspiring scientists’ that showcase their 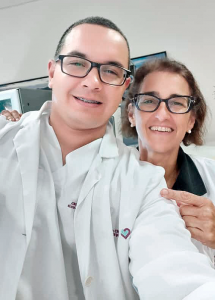 The LA PEP Program: the first recipient from Maracaibo starts training in Barcelona